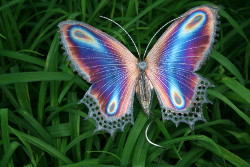 Annie Elizabeth interviews the author on his experience birthing his novel.

Tell us a bit about the plot and the main characters in this wonderful novel:

W. Sun: The book is an action-filled adventure as well as a romantic escapade, with an introspective dimension to it. Sheryl Jansen is a 30-year old who’s been sent by her father to Athens, Greece, to work in the Embassy under a family friend who is heading up the Intelligence Division. The story begins at her boyfriend’s villa in the Greek islands. She takes a swim and encounters Andre Bell, an architect from San Francisco, who is there on holiday. When Sheryl swims under water, she gets into a sort of trance state she denotes as blueSheryl. Andre is a spiritual seeker-junkie type of guy—folks in Santa Cruz can easily relate to him. Those two characters get caught up with a host of other colorful figures in a story involving artifact laundering, a terrorist plot, and romantic intrigue. The story reaches a couple of different climaxes near the end that are interesting, to say the least.

What gave you the idea for the story?


I was on a remote Greek island that was so small you could take a boat to some of the beaches and walk back to the town. We were leaving this one beach and walking up a hill where you had a panoramic view; below was this beautiful little cove with several bungalows around it and a pristine beach and gorgeous blue water and something hit me— it was like a wave passed through me… I didn’t see the whole story but I knew there was a story there.

How long did it take you to write the book? Did your plan for the story change along the way?

I took a workshop in 1999 with Jim Houston (who is now gone) at the last Santa Cruz Writer’s conference out in Happy Valley. This book was birthed at that time. It took 14 years to complete, working on it late nights, vacations, convalescing from a broken leg. At one point, I met a spiritual advisor and my thinking evolved about what was really happening on planet Earth on a more esoteric level. My own interior growth led to at least 7 or 8 rewrites during that process.

What were the most rewarding and challenging aspects of the publishing process?

The most challenging thing was finding the right publisher—there are so many sharks out there, it makes you crazy. I’d think I had found the right one, then someone in the writing community would tell me that they had used them and had a horrible experience, so I didn’t know what to do. I stumbled onto RSP and it’s been a joyous experience to birth this book with them. The most rewarding part, of course, is when I first held the book in my hands… it’s like no other feeling on earth that I’ve ever had. It’s at once incredibly joyful and at the same time it’s complete terror. What are people going to think of me? I portray the criminal element as really sleazy, ugly… In any public writing you’re baring parts of your soul and it’s tough. But that’s how we grow and you just have to take the steps and put yourself out there.